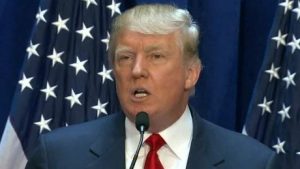 I’ve seen the increasing number of headlines, signs and internet postings from liberals who like to claim that Donald Trump is a racist because he wants to stop illegal immigration and wants a ban on Muslim immigration until those Muslims from the violent Middle East can be properly vetted.

Do those two stances make him a racist? Only to those who cannot think logically.

Liberals have long been saying that those who are against illegal immigration are only against it because of the color of the immigrants’ skin. Somehow they completely ignore the fact that the law of the land prohibits foreign nationals from entering the United States without authorization.

The word alien, when not referring to extraterrestrial beings, is defined as “a foreigner, especially one who is not a naturalized citizen of the country where they are living.”

Being an alien in this country isn’t against the law. If one has the proper paperwork from the government to be here legally they are considered legal or resident aliens. Nothing wrong with that at all. 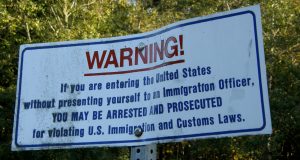 However, when one sneaks across the border and lives here without proper documentation they are breaking the law of the land. Breaking the law is illegal – hence the term “illegal alien” rather than “undocumented immigrant.” You’re only an immigrant if you follow the law.

As for the Muslim issue – Trump wants to put a hold on Muslims traveling to the United States until they can be properly vetted. Contrary to liberal rhetoric, this doesn’t include Muslims who have already been properly vetted and have legal authorization to enter and leave the country as desired. He’s talking about Muslim refugees and would-be terrorists, such as the ones who struck in San Bernardino.

We could stop at the point where I explain that Islam itself is not a race but I’ll go on.

There are millions of Muslim terrorists (Yes, I said it…) and wanna-be Muslim terrorists in the world. The woman who participated in the massacre in San Bernardino had ties to terrorism. She was allowed into the country without proper vetting. We know how that turned out.

The Obama administration and Democrats in general want to bring in Muslim refugees from Syria without proper vetting and as quickly as possible. They also have rejected bringing the Christian refugees instead. What sense does that make?

Certainly Muslims in the Middle East are being murdered in higher numbers than Christians but that’s only logical. Muslims far outnumber Christians in that part of the world. But the Christians there have no history whatsoever of murdering those who disagree with their religious beliefs and should be the first ones protected. 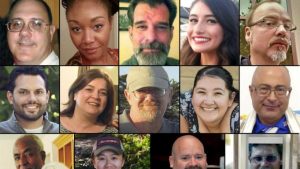 Trump wants to put restrictions on Muslim travel into the United States until we can be sure that each and every one of them is properly vetted and pose no threat to the citizens of this country. That’s not racism – it’s intelligent thinking. If you think it’s racism I suggest you go ask the survivors of the shooting in San Bernardino whether or not they agree with you.