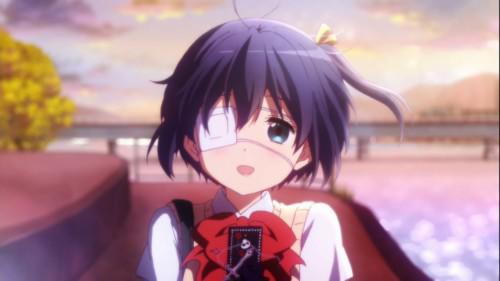 We all know anime is better than Hollywood movies (okay, okay. some movies are good), but why is anime better? Actually, in all seriousness anime has advantages over the typical Hollywood movie.Let’s take a look at some of these advantages. I’ve touched on them before in various articles, but they are worth taking another look. Let’s start with Hollywood’s fetish for sequels.

Lately, we’ve been buried in sequels of sequels to the point where it seems as if Hollywood doesn’t have original ideas. Some of this is because of the high cost of marketing. Sequels are easier to market. Brands and characters are well known. Aside from marketing, sequels have a built-in audience, and this makes them less of a risk. After all, movies are expensive to make, and as a business, studios have to carefully balance profitability and storytelling. Not all stories will create profit. Anime shares these same concerns, and anime also suffers from sequelitis. However, anime still tends to take more risks than Hollywood films. That is why we often see off-the-wall stories like Dagashi Kashi with its focus on Japanese junk food. It helps that anime is generally less expensive to produce than Hollywood films. The lower cost allows studios to experiment more often because the bar for profitability is lower. Beyond cost, anime taps into manga as source material, and manga offers a diverse range of stories to pick from. Hollywood may be tapping into comic books for stories, but American comic books lack the diversity manga enjoys.

Tapping into comic books for stories helps and hurts. It helps because movies can tie into each other, but it hurts because story arcs lack definitive endings. Movies and television tend to milk stories until they shamble along as zombified shells of themselves. They lack definitive endings. While anime can do the same–ehem One Piece–most anime stories have definitive endings. They have a story to tell in a certain number of episodes and that’s it. Hollywood has used the same mechanism in the past. For example, the Lord of the Rings movie series set out to cover each book within a single movie. They had 3 movies to tell the story. Recent superhero films, however, reboot and stutter over the same story threads. Look at how many times Batman has been rebooted. Anime has more in common with Lord of the Rings than Batman’s constant reboots. Most anime never sees a reboot. Most anime ends after a certain number of episodes, even if that number happens to be in the 300s. When the story ends, it ends.

These set lengths and definitive endings allow some anime stories to be superior to Hollywood and television stories. Knowing you only have 52 episodes to tell a story keeps writers from padding. Yes, Bleach and Dragonball Z, and other anime are stuffed with filler, but that actually supports my argument. It is better to have a set number of movies or episodes. This gives writers a goal to aim toward when adapting a manga series, which gives the series better cohesion and pacing. Padding and filler kills tension. Sometimes. an anime benefits from reordering a manga series as well–which can only be done with set episodes. Manga and anime have the nasty habit of killing tension and suspense with an ill-timed flashback, something Hollywood rarely does nowadays.

I spoke about the expense of movies keeping Hollywood from taking risks. Much of that expense come from CGI. Live action has limitations that only CGI can get around. Animation, on the other hand, doesn’t have real-world limitations. You can draw and animate anything you want. Animation allows the audience to believe in things like giant robots more readily than live-action. And this is why CGI budgets drive up the cost of movie-making. The suspension of disbelief is harder for CGI to achieve because we know what real-world objects look like, so CGI must look perfect; otherwise, we can be jarred out of our film experience. Because of this, animation is better suited for some types of stories more than others. Sadly, American audiences still equate animation with children or with comedy. So it will be a while before American animation studios tackle the same adult themes and stories anime has tackled for decades.

Don’t get me wrong. I enjoy movies. I relish settling in for an evening of classic films from Hollywood’s golden era. But sadly that era has passed. While Hollywood occasionally cranks out a movie in the same pedigree as Raisin in the Sun or San Francisco (I adore movies from the 1930s-1950s), these are rarer than they should be. I also don’t wear blinders when it comes to anime. Anime struggles with drivel as much as American television. Perhaps even more so with all the harem stories and fan-service ladened garbage out there. However, anime retains the strengths the golden age of Hollywood enjoyed: bold, experimental stories, set length series, and a reliance on storytelling rather than special effects. In fact, special effects could be one of the chief factors behind Hollywood’s decline in storytelling. Audiences want to be wowed and stimulated rather than lost in dialogue and personalities. Movies try to fit in more explosions and increasingly intense action sequences to keep a jaded audience interested. And this makes budgets balloon. On the other hand, anime can ratchet up the action with less of a hit to the budget and without hurting storytelling as much. Animation lets your take liberties live-action simply can’t–such as pausing an explosion for some expository dialogue. Live-action movies that use CGI to do this come off as jarring and unrealistic. Although, I have to say anime really shouldn’t do that; the point is, it can.

In the end, it comes down to profit. Hollywood will make movies people want to see. Anime studios do the same. The best way to change trends we dislike is to vote with our wallets. Tired of superhero movies? Stop going to see them in theaters and buying their DVDs. Tired of high-school anime? Stop watching them and buying their DVDs. Instead, use your money to vote for stories you want to see. Go out and watch the rare original Hollywood film. Buy that set of Moribito DVDs. In the end, we consumers decide. Hollywood’s weaknesses are our decision. Likewise we decide Hollywood’s –and anime’s–strengths.